At the beginning of developing their manifesto, they have been distinguished with an announcement from Museum of Modern Art (MoMA) in New York in 2013. The international competition was asking for a proposal to increase resiliency of shoreline structures against hurricanes and natural disasters following devastating Hurricane Sandy hitting New York in 2012. The consciousness about massive scale of powers in natural disasters and the ability of controlling and using them was the core in their winning proposal.

In 2016 the project for Mies van der Rohe Foundation in Barcelona received the second prize in an international competition, where 181 entries have expressed their visions for the temporary re-creation of the eight existing columns that were present at the time of building Barcelona Pavilion in 1929. The “Shade of Grey” focused on transformation that Mies has created from classic architecture to modern architecture by proposing a design concept that is simultaneously delicate and powerful, while also intrinsically connected to surrounding. “Shades of Grey” has been recognized as a 2017 winner by American Architecture Prize. 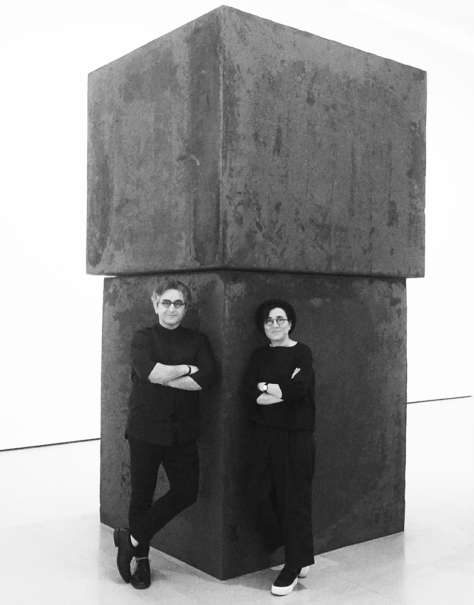 Recently in 2019 the project, Hyperwater, got announced as finalist for Finnish Pavilion designed by Alvar Aalto, at Venice Biennale 2020, in which its theme of “how to live together” was answered with the proposal, which was built around the central theme of water, the source of all life, to bring to the Finnish Pavilion an architectural narrative about the future of humanity, democracy, and community, as told through the story of water.

Born and raised in Iran, Amir and Fereshteh had their first work experience supervised by Dr. Ali Saremi, who was Louis Kahn’s student. Following this inspiring professional experience, the two decided to materialize and further enrich their visionary ideas by living and working overseas. They moved to Australia first, and then to the US in 2012 for Fereshteh’s admission into Columbia University, following their invaluable and insightful work and study experiences in Melbourne.

Moving to Manhattan transformed their professional career; living and working in an evolving megacity, they discovered what a city could be, particularly due to the exciting and extraordinary art scene of New York. The rich collections of galleries and museums in The Big Apple, in both classic and contemporary contexts, enlightened them about the step-by-step progress in human history, which evolved to form the foundations of their architecture.

Collaborating with Prof. Frampton on his book, Amir developed a discerning eye for architectural works of art. “What’s more?” Ken’s vision regarding architecture had an indisputable impact on Amir in changing his perspective, opening him up to a whole new viewpoint and philosophy about architecture. For Fereshteh, the major transformation regarding architecture took place in Prof. Tschumi’s class: “Always start with a question,” was Bernard’s response when she discussed architecture and cities of future generations. From these mindsets, the ability to scrutinize, challenge and question ideas became a main driving force within their design concepts.